Generate project in Hanami with PostgreSQL

In this blog post, I’ll show you how to setup a Hanami project with PostgreSQL as a database.

I’ll assume that you have ruby. If not - here you can find detailed instruction how to do it. I suggest to use ruby version manager, my favorite one is RVM.

In this project I will also use PostgreSQL, so make sure you have it on your computer as well.

The next step is to install Hanami gem. You can do it by running this command:

If this runs successfully, we can generate our first Hanami project:

Our next step will be to generate the database. Database configuration can be found in .env.development file and for test environment in .env.test. After setting up correct credentials we can run this command:

and this one to setup test environment database:

After that we can launch development server:

Now your web app is running and after typing http://localhost:2300 in your browser you should be able to see this: 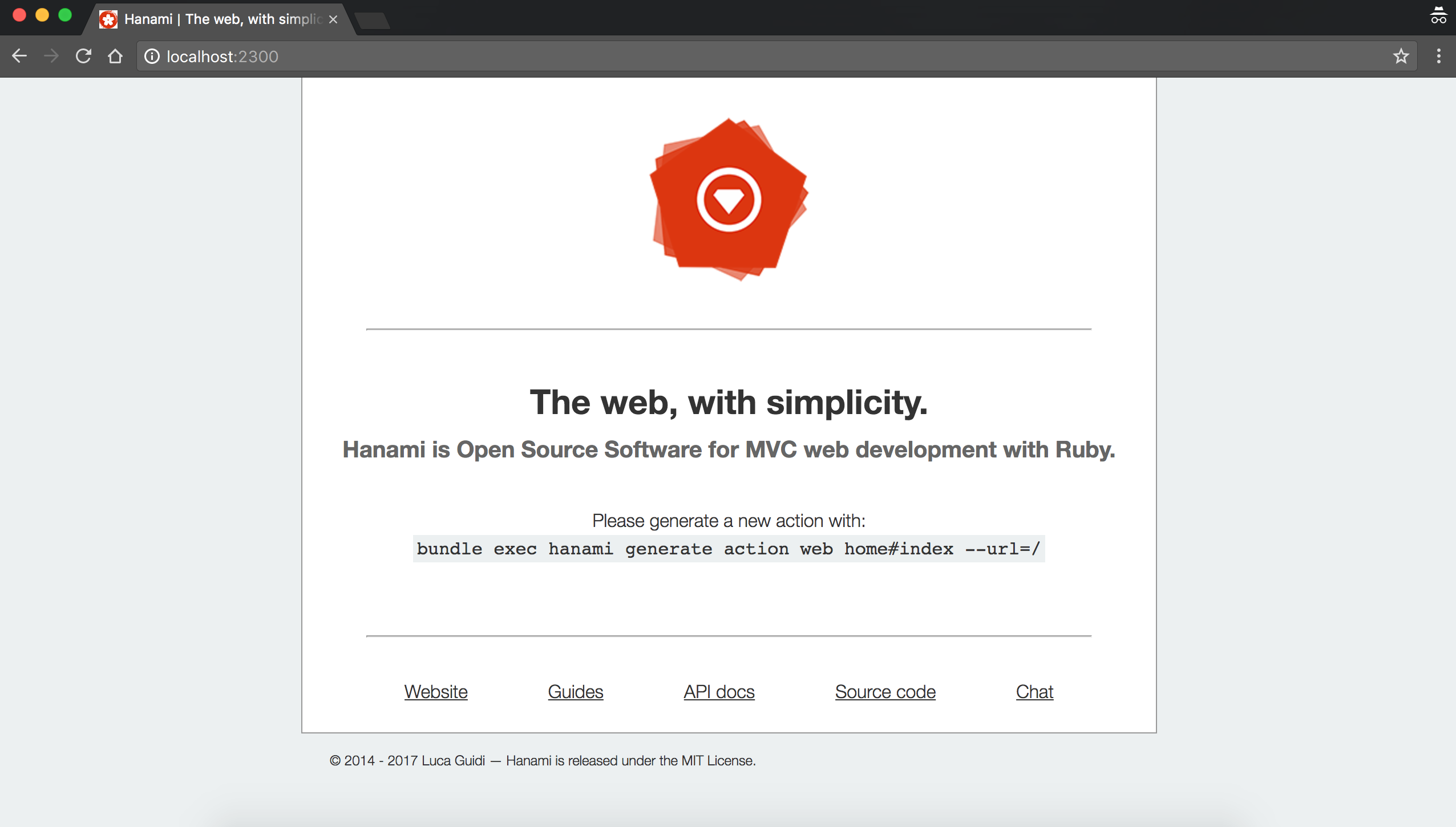 OK, that’s it for today. We managed to setup development environment, generate and run our first Hanami project with PostgreSQL as a database. In next post, we will learn how to add resources to the project and how to write tests. Code for Shyshka is open sourced and can be found here.

Thanks and see you soon!